Type your tag names separated by a space and hit enter

The low HCO3− in metabolic acidosis results from the addition of acids (organic or inorganic) or from a loss of HCO3−; causes of metabolic acidosis are classically categorized by presence or absence of an increase in the anion gap (Table 2-1). Increased anion-gap acidosis (>12 mmol/L) is due to addition of acid (other than HCl) and unmeasured anions to the body. Common causes include ketoacidosis (diabetes mellitus [DKA], starvation, alcohol), lactic acidosis, poisoning (salicylates, ethylene glycol, and methanol), and renal failure.

Rare and newly appreciated causes of anion-gap acidosis include D-lactic acidosis, propylene glycol toxicity, and 5-oxoprolinuria (also known as pyroglutamic aciduria). D-Lactic acidosis (an increase in the D-enantiomer of lactate) can occur in pts with removal, disease, or bypass of the short bowel, leading to increased delivery of carbohydrates to colon. Intestinal overgrowth of organisms that metabolize carbohydrate to D-lactate results in D-lactic acidosis; a wide variety of neurologic symptoms can ensue, with resolution following treatment with appropriate antibiotics to change the intestinal flora. Propylene glycol is a common solvent for IV preparations of a number of drugs, most prominently lorazepam. Pts receiving high rates of these drugs may develop a hyperosmolar anion-gap metabolic acidosis, due mostly to increased lactate, often accompanied by acute kidney failure. Pyroglutamic aciduria (5-oxoprolinuria) is a high anion-gap acidosis caused by dysfunction of the γ-glutamyl cycle that replenishes intracellular glutathione; 5-oxoproline is an intermediate product of the cycle. Hereditary defects in the γ-glutamyl cycle are associated with 5-oxoprolinuria; acquired defects occur in the context of acetaminophen therapy, due to derepression of the cycle by reduced glutathione and overproduction of 5-oxoproline. Resolution occurs after withdrawal of acetaminophen; treatment with N-acetyl cysteine to replenish glutathione stores may hasten recovery.

The differentiation of the various anion-gap acidoses depends on the clinical scenario and routine laboratory tests (Table 2-1) in conjunction with measurement of serum lactate, ketones, toxicology screens (if ethylene glycol or methanol ingestion are suspected), and serum osmolality. D-Lactic acidosis can be diagnosed by a specific assay for the D-enantiomer; 5-oxoprolinuria can be diagnosed by the clinical scenario and confirmed by gas chromatographic/mass spectroscopic (GC/MS) analysis of urine, a widely available pediatric screening test for inborn errors of metabolism (typically “urine for organic acids”).

Pts with ethylene glycol, methanol, or propylene glycol toxicity may have an “osmolar gap,” defined as a >10-mosmol/kg difference between calculated and measured serum osmolality. Calculated osmolality = 2 × Na+ + glucose/18 + BUN/2.8. Of note, pts with alcoholic ketoacidosis and lactic acidosis may also exhibit a modest elevation in the osmolar gap; pts may alternatively metabolize ethylene glycol or methanol to completion by presentation, with an increased anion gap and no increase in the osmolar gap. However, the rapid availability of a measured serum osmolality may aid in the urgent assessment and management of pts with these medical emergencies.

Normal anion-gap acidosis can result from HCO3− loss from the GI tract. Diarrhea is by far the most common cause, but other GI conditions associated with external losses of bicarbonate-rich fluids may lead to large alkali losses—e.g., in ileus secondary to intestinal obstruction, in which liters of alkaline fluid may accumulate within the intestinal lumen. Various forms of kidney disease are associated with non-anion-gap acidosis due to reduced tubular reabsorption of filtered bicarbonate and/or reduced excretion of ammonium (NH4+). The early stages of progressive renal disease are frequently associated with a non-anion-gap acidosis, with development of an anion-gap component in more advanced renal failure. Non-anion-gap acidosis is also seen in renal tubular acidosis or in the context of tubulointerstitial injury, e.g., after acute tubular necrosis, allergic interstitial nephritis, or urinary tract obstruction. Finally, non-anion-gap acidosis due to exogenous acid loads may occur after rapid volume expansion with saline-containing solutions, the administration of NH4Cl (a component of cough syrup), lysine HCl, or treatment with the phosphate binder sevelamer hydrochloride.

Treatment of metabolic acidosis depends on the cause and severity. DKA responds to insulin therapy and aggressive hydration; close attention to serum [K+] and administration of KCl is essential, given that the correction of insulinopenia can cause profound hypokalemia. The administration of alkali in anion-gap acidoses is controversial and is rarely appropriate in DKA. It is reasonable to treat severe lactic acidosis with IV HCO3− at a rate sufficient to maintain a pH >7.20; treatment of moderate lactic acidosis with HCO3− is controversial. IV HCO3 is however appropriate to reduce acidosis in D-lactic acidosis, ethylene glycol and methanol toxicity, and 5-oxoprolinuria.

Chronic metabolic acidosis should be treated when HCO3− is <18–20 mmol/L. In pts with CKD, there is some evidence that acidosis promotes protein catabolism and may worsen bone disease. There is also evidence that correction of metabolic acidosis in CKD leads to a reduced rate of progression to end-stage renal disease (ESRD). Sodium citrate may be more palatable than oral NaHCO3. Oral therapy with NaHCO3 usually begins with 650 mg tid and is titrated upward to maintain serum [HCO3−].

METABOLIC ACIDOSIS is a sample topic from the Harrison's Manual of Medicine.

To view other topics, please log in or purchase a subscription.

1. Download the Harrison's Manual of Medicine app by Unbound Medicine

You can cancel anytime within the 30-day trial, or continue using Harrison's Manual of Medicine to begin a 1-year subscription ($39.95)

Want to regain access to Harrison's Manual of Medicine? 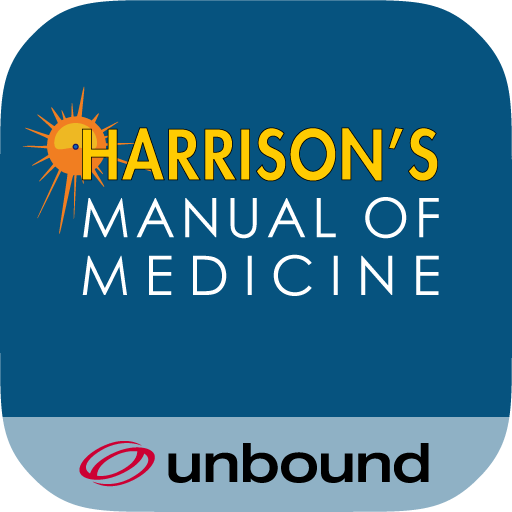